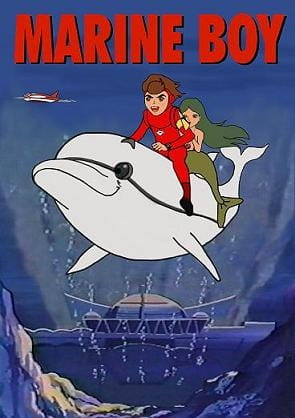 Yet another expansion of the Marine Boy series. This time 65 episodes were added to the 1966 series and all 78 episodes were sold to the US. The broadcast history of the show in Japan was slightly more complicated, with only the first 36 episodes of the 78 shown at first but later on all 78 were shown, out of which 65 are contained in this entry and 13 in the Ganbare! Marine Kid series.

Marine is now equipped with an underwater boomerang, a hydrojet, and the mermaid Neptuna/Neptina has become his girlfriend. Some previous episodes from Ganbare! Marine Kid had their footage recycled in part for this series.