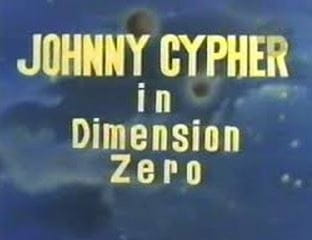 Square-jawed superagent Johnny can travel through inner space, Dimension Zero, and uses his superpowers to combat evil all over the universe. He is helped by the beautiful blonde Zena and tiny alien Rhom from the Black Star. An early Japanse-American co-production by former Disney animator Joe Oriolo for Warner/Seven--a company formed by the merging of Seven Arts production after its merger with Warner Bros. It started airing a year after its release in the US.