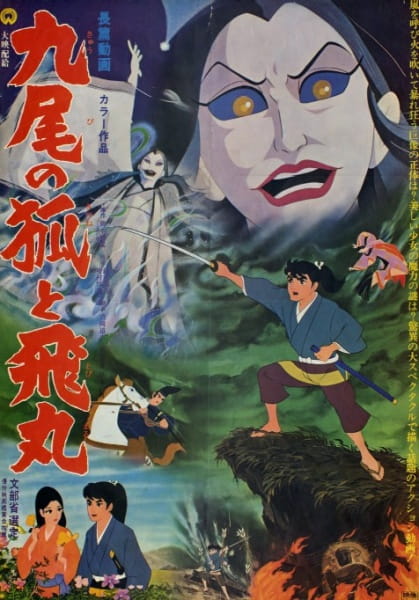 The film was adapted from a novel by Okamoto Kidou based on a legend surrounding a sterile patch of land at the foot of Mt. Chausu, an active volcano located in Tochigi Prefecture. Since the Heian period the spot has been known to exude poisonous gas (hydrogen sulfide, sulfur dioxide, arsenic) that has killed animals and people who happened to wander near the area.

A legend arose at one time that long ago in China a kitsune transformed itself into a beautiful maiden, seduced the emperor and caused numerous misfortunes to befall the kingdom, then found her way to Japan, transformed herself into a beautiful maiden called Tamamo, and seduced the emperor etc., before finally being unmasked and killed.
Upon her death she cursed her killers and transformed herself on this spot into a poisonous stone called Sesshoseki.