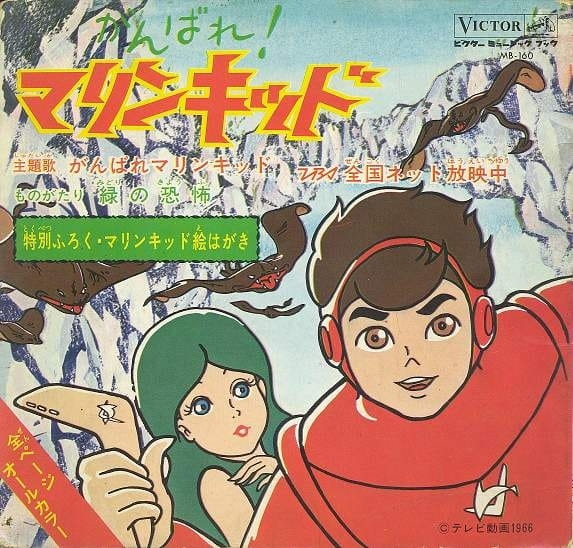 An expansion of the original Dolphin Ouji series. Character names were altered, (changing 'Dolphin Prince' to 'Marine Kid' and 'Neptuna' to 'Neptina'), characters were added and concepts expanded. In order to distance the new series from the original trial episodes, the series was re-titled Ganbare! Marine Kid.

Marine, whose father, Dr. Mariner, is an oceanographer with the Ocean Patrol, has been genetically altered to have superior underwater swimming abilities and chews Oxygum to supply himself with air underwater. Along with his companion, Whitey the white dolphin (Splasher in the U.S. version), Marine helps his father keep the sea safe.